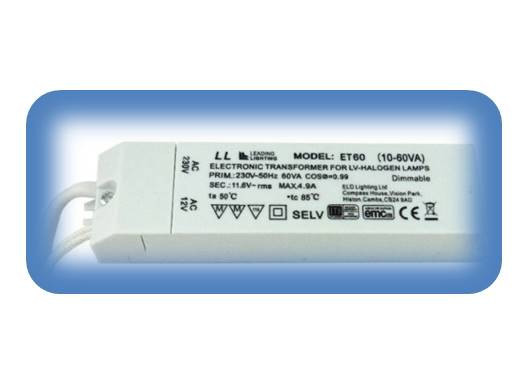 There is sometimes a misunderstanding of just what a SELV transformer is and how a PELV transformer differs to it. So what are the differences and why does it matter to the circuit in which they are installed and most importantly, how does that impact on the safety of the users of the installation? This short article will deal briefly with what a transformer does, what makes it a SELV or a PELV transformer and how to tell the difference between the two types when looking at circuit drawings. 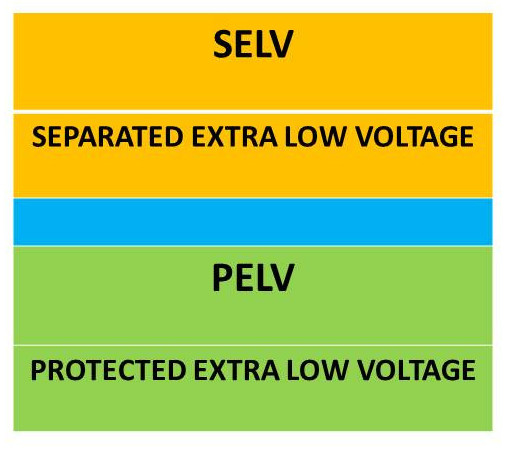 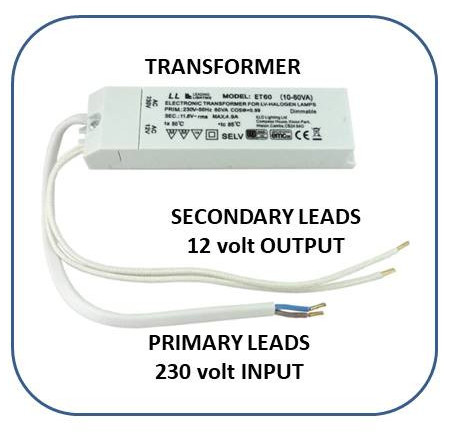 Most of us will have installed transformers in lighting circuits where down lighters are located into the ceiling for example, so let’s look at a typical SELV transformer and what is inside the covers. We will assume for this article that we are dealing with a domestic 230 volt installation and the output of the transformer is 12 volts, though of course, there are many different output voltages.

WHAT MAKES A TRANSFORMER? 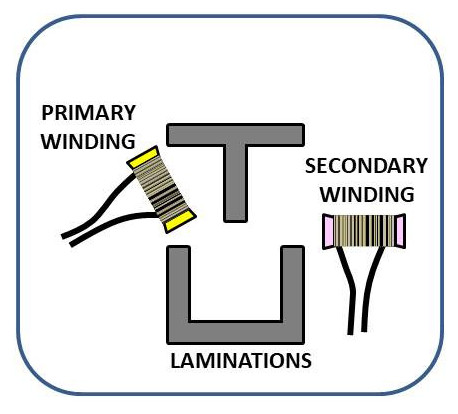 In this example here, we will show how just one type of transformer is constructed. There are many different manufacturing and assembly methods and this is just one example. 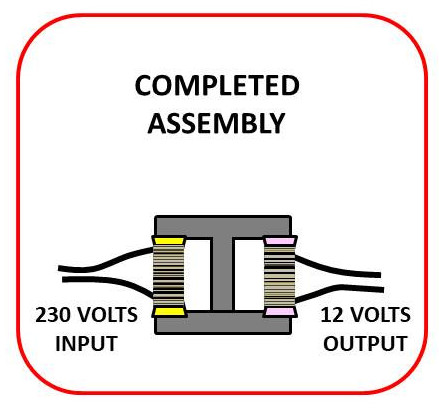 With this type of transformer, there are two bobbins required. A Primary winding bobbin and another one for the secondary winding. If the output voltage is different to the input voltage then the two bobbins will contain a different number of turns of wire on the bobbins.

Transformers are not very efficient, this is why they get warm in use, but to be as efficient as possible, the laminations should make an enclosed square, rectangle or circle. 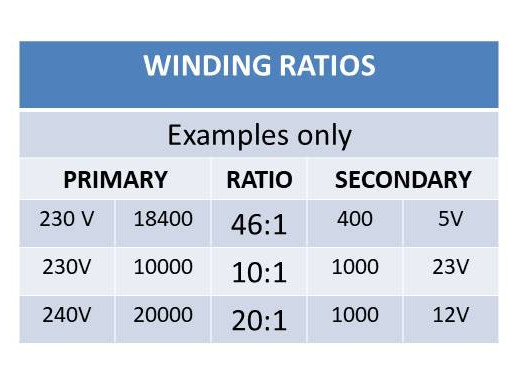 The bobbins may be made of a plastic or some other non-conducting material so that there can be electrical separation between the windings and the laminations. This is important with all transformers but even more so with the SELV types. 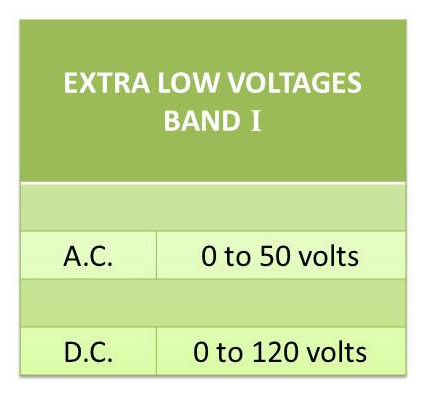 Extra Low Voltage or ELV is a range of voltages that are considered to be survivable by normal healthy adults should they receive an electric shock. There are two ranges, one for A.C. voltages and the other for D.C. voltages. Both ranges are with respect to zero volts or earth potential and they both begin at zero volts. The upper limits for the two ranges are different though.

Voltages in the ELV ranges are sometimes called Band I voltages (Band One – for some reason the technical authors prefer to use Roman numerals for the band number). 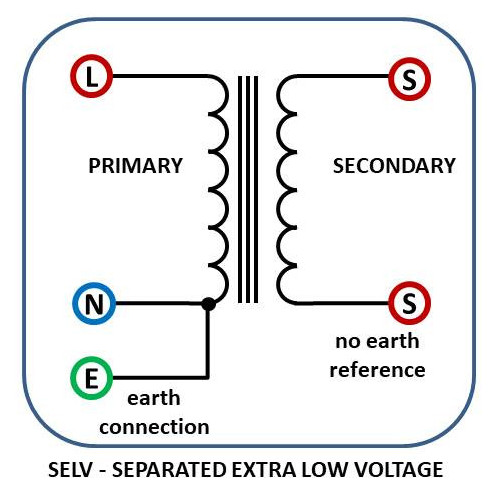 This is a simple schematic of a SELV transformer. There are two windings, the Primary winding and the Secondary winding.  The schematic shows the laminations occupying the centre space between the two windings. This is not how it is in reality, but how it is shown on electrical drawings. 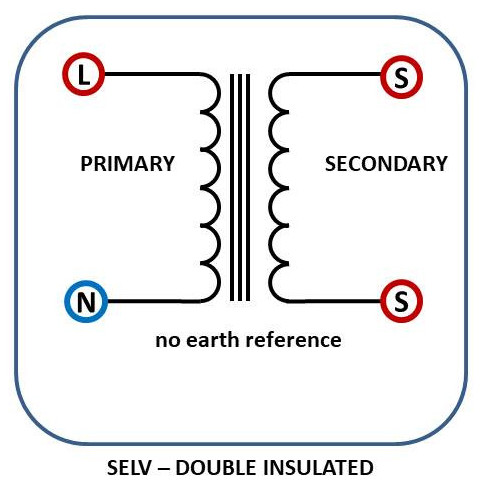 Some SELV transformers will not have an earth connection to the Primary side. These can be very easily identified by the Double Insulated logo (a square within a square) on the outside of the casing and the fact that the Primary Input cable (the mains cable as we say) has no earth, just Line and Neutral. 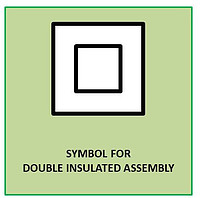 Because of the nature of their construction, the output of SELV transformers is suitable for use in zones 1 and 2 of a bathroom or shower room. The transformer itself must be outside the zones and only the conductors from the SELV secondary side are allowed in the restricted zones. 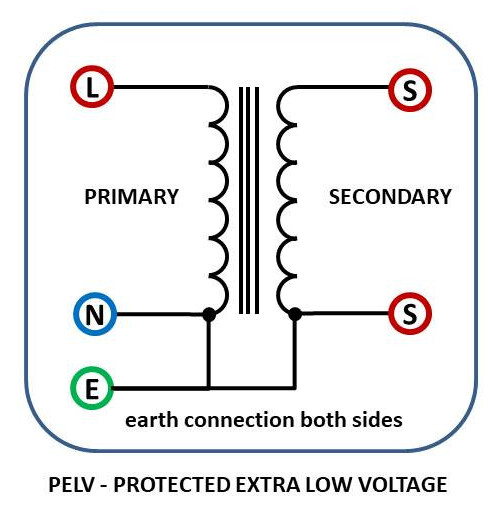 The PELV transformer and assembly is similar to SELV, with the addition that PELV has an earth connection to the secondary side, both Primary and Secondary are earthed.

The voltage ranges remain the same

For domestic applications, SELV and PELV transformers will have a 230 volt input and an output in the ELV range, so anything up to 50 volts A.C. or up to 120 volts D.C. Typical output voltages are 5 volts for telephone charging, 11.5 volts for lighting etc.

The transformer itself will always be alternating current A.C. in and A.C. out, it’s the way that transformers work; but some transformer assemblies will also include extra electronics that will smooth and regulate the A.C. to give a direct current or D.C. output for direct connection to D.C. equipment.

SELV transformers will have a SECONDARY that is SEPARATED from Earth 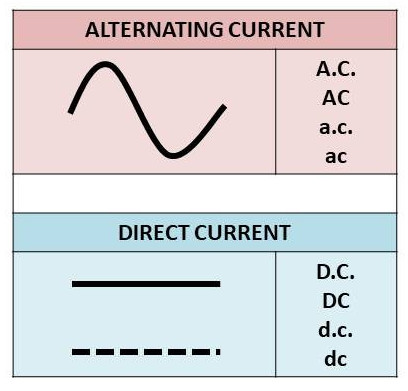 Direct current used to use the letters d.c. and alternating current was identified by a.c. – both in lower case letters. Since the 18th
Edition of the BS7671 Wiring Regulations this has changed to D.C. and A.C. in upper case letters respectively; and you will come across both styles in your work.

There is a third type of transformer construction FELV for Functional Extra Low Voltage. It is a very basic transformer assembly that does not meet the same safety standards and protection as SELV and PELV and will not be considered here.

We hope that you found this article useful and of interest.

Type in   LearnElectrics   all one word, into the YouTube search bar and you will have access to all our videos on many electrical topics.

which can be found by using the following link …

Many thanks for viewing