We’ve just been asked the question: 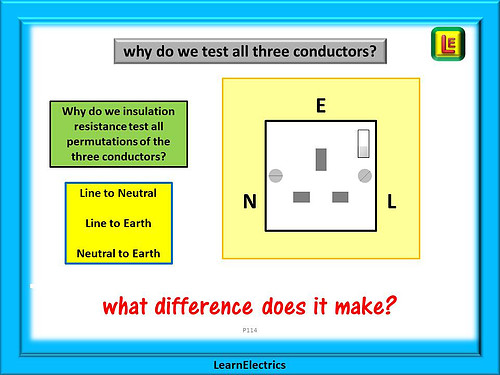 When we insulation resistance test, why do we test all three permutations of the conductors – the wires.

Isn’t that already proved as being a pass because the other two tests were a pass.

A good question and well worth answering. The logic behind the argument is great but the outcome is wrong.

It has NOT proved that Line to Neutral is a pass. 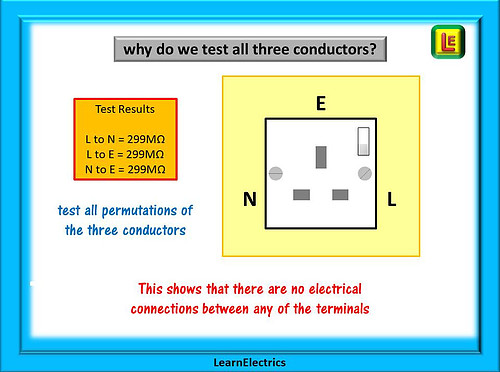 Let’s look at this in stages and we can use a standard 3 pin socket outlet for this exercise.

If we insulation resistance test between the three possible connections, Line to Earth, Line to Neutral and Neutral to Earth, we find that all three test results give us a reading of 299MΩ – a pass for all of them. 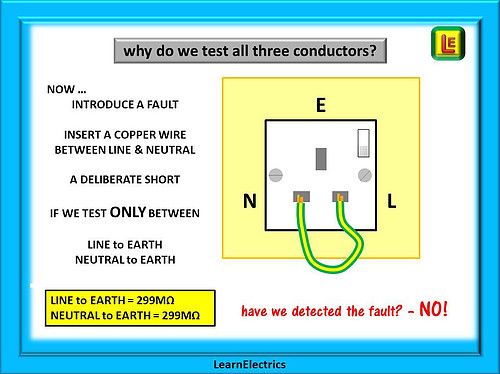 But if we only test between Line to Earth and then Neutral to Earth, the question is, have we picked up the fault, have we detected this piece of wire?

The answer is NO! We have not detected the fault and if we were to switch on now then we would have a pretty spectacular light show. 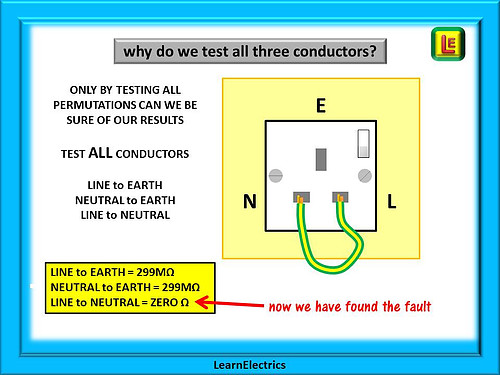 Hopefully, this quick posting will show you the reason why we always test all possible permutations of wiring when insulation resistance testing.

Test ALL conductor combinations to be certain of detecting any wiring faults.